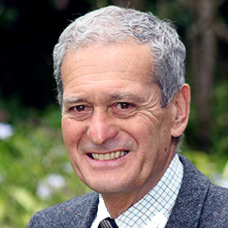 Professor Sir Mason Durie is one of New Zealand’s most highly respected academics. His research on whānau development provided an important platform for Whānau Ora. He worked closely with Dame Tariana Turia to develop the Whānau Ora approach and was the founding Chair of the original Whānau Ora Taskforce in 2008. He also was a member of the group that was set up to oversee the initial implementation of Whānau Ora.

Sir Mason grew up in Feilding, attended Te Aute College, Hawke’s Bay, and graduated from the University of Otago with a Bachelor of Medicine and Bachelor of Surgery in 1963. He has a postgraduate Diploma in Psychiatry from McGill University, Canada, and was Director of Psychiatry at Palmerston North Hospital then a member of the Royal Commission on Social Policy from 1986-88.

In 1988 he was appointed to the Chair in Māori Studies at Massey, where he graduated as a Doctor of Literature in 2003. He has been a Fellow of the Royal Society of New Zealand since 1995 and a Companion of the New Zealand Order of Merit since 2001. In 2008, Otago University awarded him an Honorary Doctor of Laws degree. Prior to retirement in 2012 he was Professor of Māori Research and Development and Deputy Vice-Chancellor at Massey University. He was appointed Professor Emeritus in 2013.

His extensive publications continue to be widely quoted within New Zealand and internationally, especially in connection with indigenous health advancement. In 2010 he was knighted for services to public health and especially Māori health. 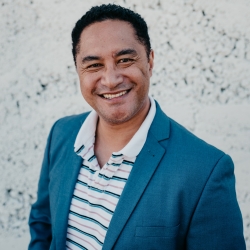 MA (Hons I), BA/BMus
Hector Kaiwai has a conjoint BA/BMus and a Master of Art (Hons I) in Māori Studies from the University of Auckland. He has worked professionally for the last 18 years as a kaupapa Māori researcher/evaluator in the social and health sectors. He has extensive experience in all parts of the research and evaluation process including project management, research design, proposal writing, data analysis, methodology design, data collection, data analysis and dissemination and publication of results. Hector’s research and evaluation portfolio is varied and diverse having worked in areas such as positive youth development, physical activity, and nutrition, social marketing, sexual health, literacy, tobacco, the media, alcohol, gambling, mentoring, interpersonal violence, disabilities, and fire safety. He is currently the Director of Wai Rangahau. 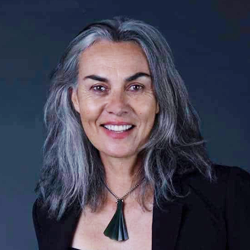 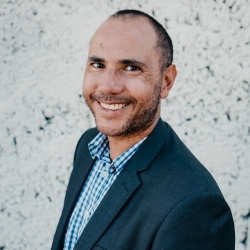 PhD, MSc(Dist), PGDPH, and BSc(Honours)
John is Wai Research’s Outcomes Measurement and Needs Assessment lead specialising in epidemiology and biostatistics. With Wai Research he has published a number of reports looking at Māori descent population profiles and area snapshots of the South and West Auckland regions.

He is a graduate from the University of Auckland, where he wrote his PhD thesis on new methods for using epidemiological data to estimate the size of disease populations. After being awarded his PhD John worked at the University of Auckland’s Faculty of Medical and Health Sciences in the Department of Māori and Pacific Health, as a Research Fellow with the Pacific Health Research Centre, before accepting a Post-doctoral Fellowship at Massey University with the Social and Health Outcomes Research and Evaluation (SHORE) and Te Rōpū Whāriki (Whāriki) Research Centre.

More recently, John was employed as an Epidemiologist for Auckland and Waitemata District Health Board (DHB), Planning and Funding Team, where he carried out a Health Needs Assessment of the Pacific population, was involved in writing several Pacific Health Action Plans, and numerous other regular demographic, health status and inequality reports with a focus on Māori and Pacific populations. Since leaving the DHB John has been a contract researcher working for the Wai Research unit. 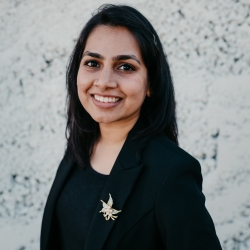 Her experience in the heath sector as a dental practitioner and passion to improve health for the greater population persuaded her to pursue her Masters in Public Health, specialising in Social Epidemiology. Her thesis was based on the role of social capital and social disparities in health services utilisation, for which she was awarded the Best Research Project and Gold Medal. In her previous role as an Analyst at the Indian School of Business, she worked with the Bill and Melinda Gates Foundation in understanding the distribution models for diarrheal treatment and help build a hybrid model to improve the efficiency. Her stint included working with the State Ministry of Health to identify and build their capacity for public private partnerships in Healthcare. Her interests lie in health inequities, health systems, evidence based research and health innovation. 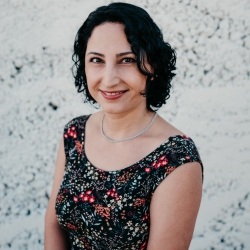 PhD in Health Sciences, MSc, BSc
Elica is a researcher with a passion to improve healthcare delivery through innovations. Her expertise is in quantitative and qualitative research especially in understanding people’s behaviour through change processes. Her background in Information Technology and their application in health systems grew her interest to pursue her PhD in the intersection of health and IT, while she focused on understanding the inter-relationships that can lead innovations in health care. In her previous roles, Elica was working as a teaching/research assistant at the University of Auckland, and a researcher in R&D department in the Ministry of Health in Iran, where she got experience in a range of health-IT projects, especially in development of standards.
As a researcher in Wai-Research, Elica is involved with a range of research and outcome measurement projects in Māori health and wellbeing, following her vision to make a real change for whānau life. 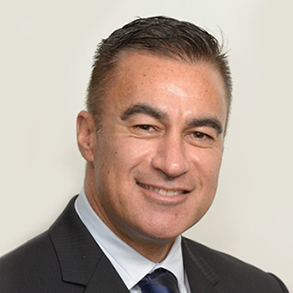 PhD, MSocSci(Hons), BSocSci, GradDipMDev, DipTM
As Associate Director Te Kani has been working on supporting the Wai Research unit with strategy and project advice. Te Kani has also been essential in fostering partnerships with Massey University and other external research relationships.

Te Kani was an Associate Professor and Director Māori at Massey University in Wellington and has a specialist interest in mental health research, psychometrics, and Māori health. He has formally been an executive member of the New Zealand Public Health Association, The Mental Health Advocacy Coalition, the National Ethics Advisory Committee, the National Health Committee, the Public Health Advisory Committee, and past Chair of the New Zealand Mental Health Commission. He is currently a member of Statistics New Zealand’s Māori Advisory board, the Health Research Council and AKO Aotearoa Assessment Committees, the New Zealand Pharmacy Council, Nga Pae o te Maramatanga’s International Research Advisory Panel, and Chair of the Te Rau Puawai mental health scholarship scheme. He is also a member of the Families Commission Whānau Reference Group.

Te Kani was born and raised in Poroporo and was educated at St Stephen’s School in Bombay. He attended both Waikato and Massey University.