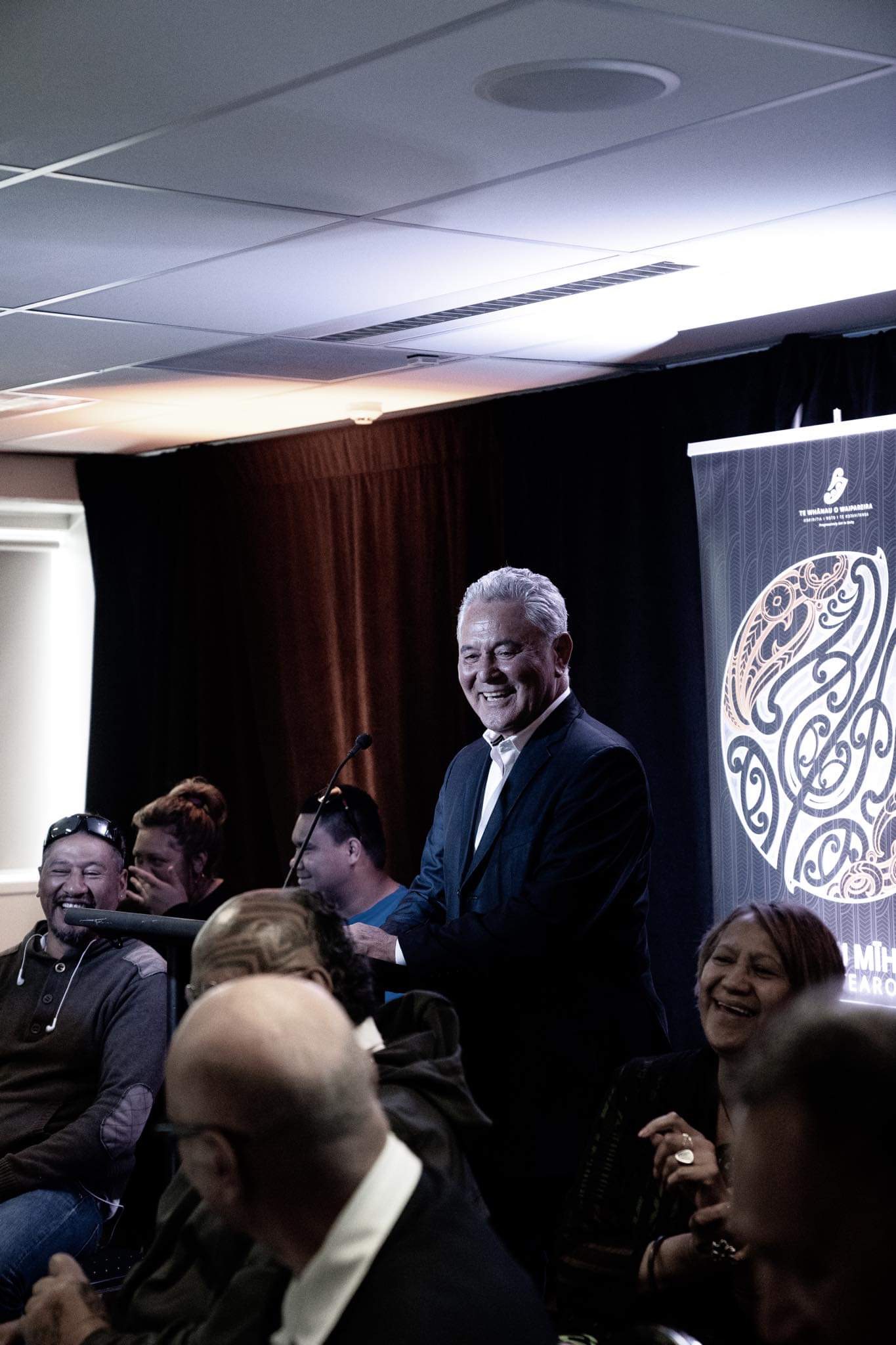 The ability to measure the value of the social impact of a programme is not something that has been frequently or easily done in the past. Te Whānau o Waipareira have taken a big first step in being able to measure and account for their investment in social service programmes.

The launch of the social impact report, held on the 30th of October – an event featuring key stakeholders, whānau, media and Ministry officials – was a milestone in measuring the social impact of Ngā Tau Mīharo o Aotearoa, Incredible Years Parenting Programme: an internationally recognised, evidence-based programme designed to address conduct problems in children, delivered through Te Whānau o Waipareira with a Māori lens.

Chair of Te Whānau o Waipareira, Raymond Hall introduced the whakapapa of the programme, describing the way in which Te Whānau o Waipareira has “provided an extra whānau lens across the programme just to give it that Waipareiratanga way”. Mr Hall continued, describing the programme as having “had a huge value for our whānau”. Providing an overview of the numbers from the report, Mr Hall added that it has created “just under 2 million dollars of added value over the last 3 years”.

Report Author and researcher from Te Whānau o Waipareira Trust, Dr Sneha Lakhotia shared a rundown of the details of the social impact report: the first assured social value and Social Return on Investment report in Aotearoa. As the first of its kind in New Zealand, this report is also the first for Māori, from a Māori perspective, and one of very few for indigenous populations around the world. Dr Lakhotia is also New Zealand’s first accredited Social Return on Investment practitioner – one of less than 50 worldwide.

The SROI approach taken in this report, is described by Dr Lakhotia as “challenging traditional notions of how we measure success”. Putting a dollar figure on the social impacts of the investment in the Ngā Tau Mīharo o Aotearoa programme, this report estimates that for every $1 spent, $3.75 of value is created. As Dr Lakhotia explains, in the social sector this is not a common measure, “money isn’t everything, but if that is the language you want to speak, than this is for you”.

Allowing a dollar figure to be put on some of the social outcomes that are experienced by whānau and kaimahi that are part of a programme, brings about a new way of accounting for our investment in programmes “challenging traditional notions of how we measure success” said Dr Lakhotia.

CEO of Te Whānau o Waipareira, John Tamihere expressed the importance of the report for the Te Whānau o Waipareira community, acknowledging the commitment and courage of the whānau and community saying “it’s all about seizing our own sovereignty, standing up for ourselves, our families, our communities and our children, we are deeply grateful to you…it’s all about Māori mana motuhake”.

Frontline kaimahi and service lead for the Incredible Years programme, Vivian Cope spoke about her experiences delivering the programme.

Sharing stories of what she described as “the raw and the real”, Ms Cope talked about the importance of the relationship between the kaimahi and the whānau, and engaging in a whānau led programme.

Ms Cope described the way the kaimahi at Te Whānau o Waipareira run the programme as patient and whānau driven, she said “we don’t rush the process…if you can provide a safe space, then the changes will come”. When recalling her last 9 years as a practitioner for this programme, Ms Cope expressed her joy in watching whānau grow and develop, seeing the journey the parents on the programme take.

Merepeka Raukawa-Tait, Chair of the Whānau Ora Commissioning Agency (WOCA) joined the launch via video link from Rotorua. Showing her support of the social impact report, Ms Raukawa-Tait says that “it should be compulsory reading for everyone in parliament”. She continued in highlighting the importance of taking a different approach to measuring value, and the impacts that this measurement could have for the Whānau Ora Commissioning Agency, providing “an opportunity to look at the services we provide, are they fit for purpose?”

The Ngā Tau Mīharo o Aotearoa programme has helped over 300 West Auckland whānau, with calls for further support from government for this programme. This report has aided Te Whānau o Waipareira to measure and to share the true value of this programme.

Reinforcing the impact of this report, Mr Hall said that the changes and outcomes identified are particularly interesting to Waipareira, “it actually supports a lot of our thinking around a lot of the programmes that we deliver into our community, and we’re glad to evidence this in a way aligns with our vision and mission across our whole strategic plan.” As reinforced by Dr Lakhotia “whānau is not just the foundation of our work, it is the means and ends to it”.