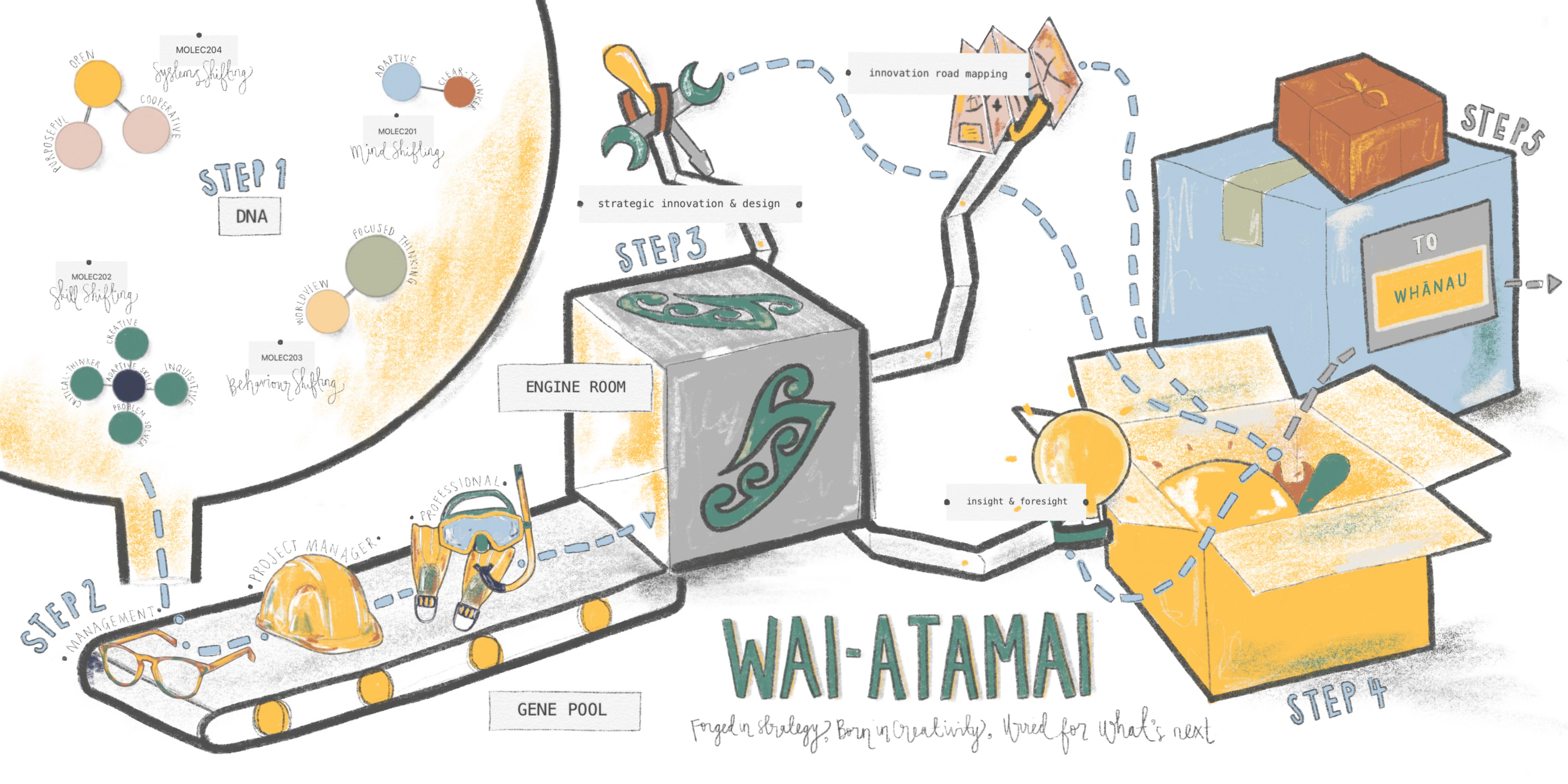 For Wai Research Intern Taylor Johnston, the idea of where to call ‘home’ has been somewhat tricky. The twenty-two year old anthropology student, originally born in New Zealand, of Ngāpuhi descent, moved with her parents to Sydney at the age of four. From there, she continued her journey through school, before moving to Utah, where she is currently studying at Brigham Young University.

For Taylor Johnston, the idea of where to call ‘home’ has been somewhat tricky. The twenty-two year old anthropology student, originally born in New Zealand, of Ngāpuhi descent, moved with her parents to Sydney at the age of four. From there, she continued her journey through school, before moving to Utah, where she is currently studying at Brigham Young University. Taylor is fascinated by people’s culture, history and stories, something that led her to study Sociocultural Anthropology.

“ I like the idea of bringing cultures together and recognising the similarities in the differences of people and the idea of immersing myself in cultures to understand them.”

Taylor took time off her work as research assistant for a University project, to come to Waipareira, a choice she is happy she made. Taylor mentions that to begin with, she wasn’t sure what to expect,

“ I was a bit anxious about coming here – the idea of being exposed to Māori culture which I haven’t been exposed to my entire life… So I was a bit worried about how it would be here… but being here at Waipareira has helped me to not be scared of it – it’s so multicultural here – everyone is from everywhere – it didn’t seem as daunting.”

As an intern with Wai Research, Taylor has been thrown into a range of projects, participating in knowledge sharing with overseas visitors, interviewing in the community and her key piece of work – conducting a literature review on the history of early childhood education for Urban Māori in New Zealand.

When asked about what she has learnt, Taylor describes different skills and knowledge, along with personal and professional growth – learning different research methods through asking other people about their experiences in research, learning to be more efficient, reliable and get things done in a timely manner. She also describes her immersion in culture, participating in weekly karakia and the Māori culture. Coming to Waipareira with little knowledge of Māori culture, language, and practices, Taylor flourished learning to do things the Waipareira Way,

“ When we do our karakia – I don’t feel uncomfortable, I really enjoy that sense of community being able to do that, and my interest to learn more about the culture has been, sort of sparked, and it is something that I would want my children to learn – I don’t think I would have learned that or found that unless I came here to Waipareira.”

What’s in store for Taylors future? Taylor mentions that one day she would like to work for the UN, researching and getting out into the community, meeting people. After University, Taylor wants to go to grad school. Reading a lot about language revitalisation through her time with Wai Research, Taylor is now thinking that she might like to go in to linguistic anthropology – looking at the connection between identity and language. Taylor hopes to come back to New Zealand eventually, stating,

“ I would like to live out the rest of my life and go to my grave in New Zealand. I would love to live in West Auckland, I think it’s beautiful…raise my family here. I would like to gain as much experience as I can around the world first, and then bring it back to New Zealand, that’s the dream. The idea of being able to make a difference, that’s really cool.”